A aptitude test is floating around among my Facebook medical buddies, with 130 questions which will help slot you into the specialty where you think like the average consultant of that ilk. My top 10 were definitely not what I was expecting: 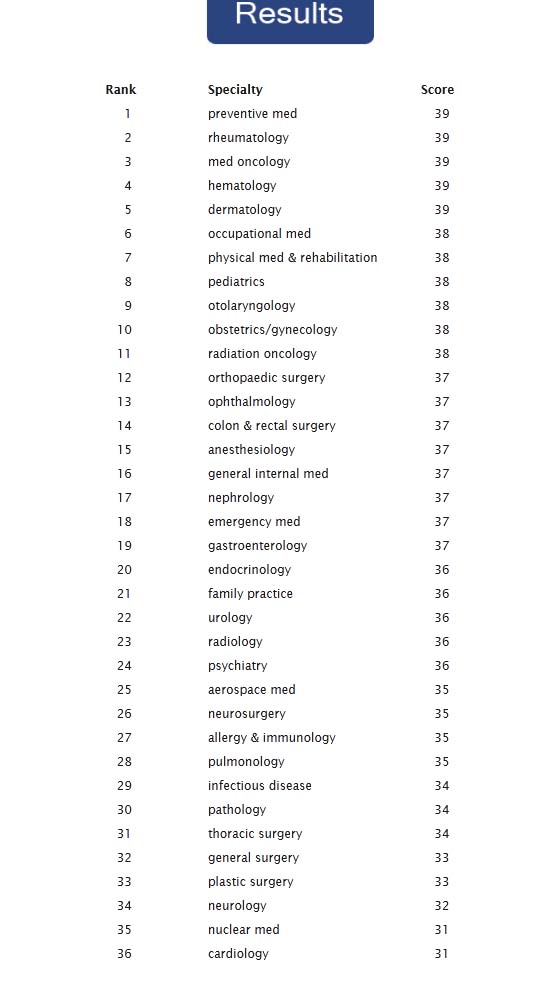 The test is mostly mostly horsefeathers, in my opinion.  Children are probably my least favourite patients. Bears are more predictable.  And population health (needed to do preventative med) makes me want to gouge my eyes out with a pickle fork.  OK, if you can't stand interruptions in your schedule, emergency medicine may feel a bit grating. Or if you can't abide with the thought of your patients dying regularly, oncology and palliative care are probably not for you.  Or you'll get used to it.  It's amazing the things we learn to accept and work with as we are transformed from lay people into doctors:
High caffeine levels and minimal sleep.
Asking awkward questions non-awkwardly, and keeping a poker face regardless of the answer.
Living under bureaucracy that tells us when and where to show up (if we're lucky), but demands we be flexible lest they change it all at the last minute.
Consuming and regurgitating stacks of information and theory, and learning how to synthesize it together to make decisions on the spot.
And then have patients not fit the textbook. Ever.

So in the end, we need to find out what we want to be when we grow up by experience, not tendency. It would be sad if all oncologists thought the same. Or every surgeon fit the stereotype. Thanks goodness we are all different.
Posted by Barb at 22:32 No comments: Links to this post

How to give your smallest muscle a workout. 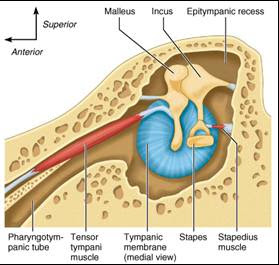 Can you name the smallest muscle in your body?  It's the stapedius, and it's actually in your head.  Thus you can go around knowing you are a musclehead, regardless of your level of fitness.  You are also a fathead and a bonehead at the same time, but those are different stories.  The stapedius works together with the tensor tympani muscle to dampen sudden loud noises, dropping the intensity by 20Db! This protective mechanism is called the acoustic reflex.

On Thursday night, we gave those muscles a mighty workout by going to a concert at The Zoo (Fortitude Valley) with Mutemath.  The band is a new favourite of ours, and when they came to town, we saw them live in their first Australian concert of their Odd Soul tour.  They put on a fantastic show, and despite being severely jetlagged were enthusiastically thrashing and jumping all over the place.  The drummer actually taped his earphones to his head as he was so exuberant!
Rob had an app that measured sound amplitude on his phone, so we checked- the average was around 82Db. That is actually enough to cause gradual hearing loss after prolonged exposure- which probably explained why all the staff there were wearing earplugs! 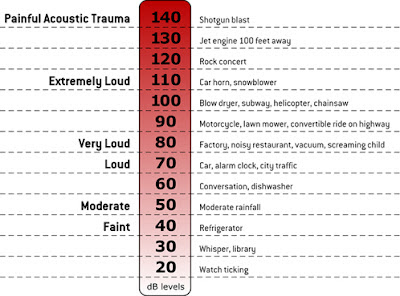 We enjoyed the concert immensely.  My current favourite is "Blood Pressure" (yah, I know- no surprise there.)  It is a brilliant video:

And one of the more interesting videos around:


This segment makes the drums and bass players some of my musical heros:

Posted by Barb at 09:21 No comments: Links to this post