The misfortune of being born in Canada 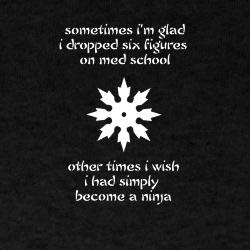 Now, really. Being born a Canadian citizen is like hitting the lottery jackpot.   I have blessings I don't even recognize by starting out there.  However, it has made life difficult when it comes to having a job once my degree is finished.  In Australia, students graduate and become interns for the next year. During this time they are the ward grunts and try and learn as much as possible by doing.  At the end of this year, they receive their full licensing as doctors in Australia and can pursue fellowship training. In order to get one of these intern jobs, you apply by state to the intern recruitment program.  Very reasonably, the states give priority to Australian students who have trained in that state (they are called "P1") Next in line are Australians trained in other states. I am a "P4".  There are not many below my priority status (Non-Australians trained in non-Australian schools).  When the jobs were handed out, I was one of the many Canadians studying medicine at UQ who did NOT receive a call. This is not dependent on merit or marks of ANY KIND. I was simply born in the wrong place.  And it's unluck of the draw. I am doing my best to keep calm and  carry on, but sometimes I feel like this: 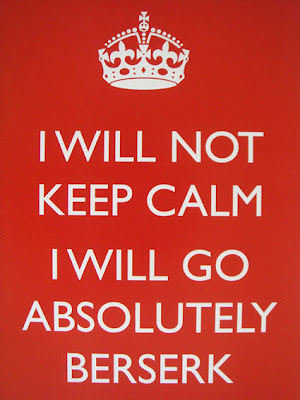 I have to remind myself that God has a plan. It's a good plan. And by hook or crook, things will work out OK.  We just don't know what OK looks like yet, or where. There are so many people cheering and praying. I am the most fortunate unlucky person ever.
So I call all 15 hospitals in QLD pretty much everyday to see if anything has changed. And make sure they don't forget me.  Apparently a spot opened up at one of the hospitals. But they won't give it to me, they are pulling a P1 from somewhere else to fill it. Tearing hair out now. NNNGGGGGGGGHHHHHH!!!!
I have also just started the CaRMS process, which is how I would return to Canada.  In the Canadian system, there is no intern year. A student goes straight from the degree program to fellowship training (which is how a doctor becomes a Dermatologist, GP, Obstetrician or whatever).  I've already written the first exam ($1600.00) and registered ($300.00) with the program. I will not find out anything until February/March when interviews are conducted.
It's just difficult to concentrate on my studies (Paediatrics at the moment) when there is nothing at the end. And a six figure debt that needs paying off.  Oh dear. I have just drained the dregs of my student line of credit paying my final semester tuition. It may be a bumpy ride to the finish line. But we'll get there.  I really hope someone calls me soon with a job.

It is possible to get maple syrup in Australia.  In fact our local grocery has two different kinds plus maple-flavoured syrup. The maple syrup is actual from Canada.
Unfortunately you can't get Tim Horton maple glazed doughnuts. Then again, it is fat and sugar with a sugar coating, maybe it's best we can't get them. 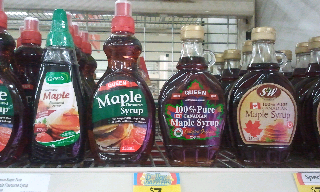 Posted by Unknown at 21:52 No comments: Links to this post

This is a real product found at our local chemist, and there are varieties for men and women.
Craziness. 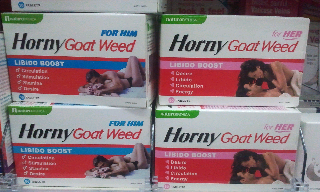 Posted by Unknown at 21:34 No comments: Links to this post

A couple of weeks back we had a visitor from Canada; Oliver.  Of course we had to show him the Lone Pine Koala Sanctuary.  This is the video that I took there.

Posted by Unknown at 22:35 No comments: Links to this post 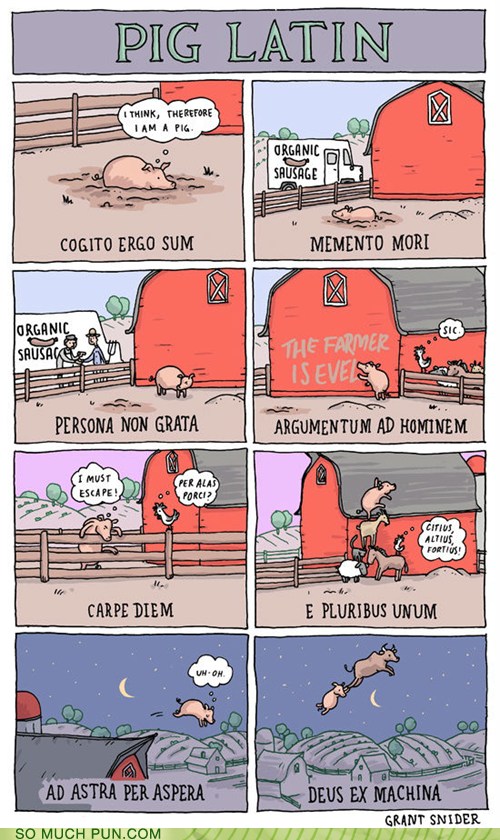 This makes me remember my Latin professor, Maria.  Fond thoughts.

Posted by Barb at 21:23 No comments: Links to this post

"I'm Fine", and other Stories. 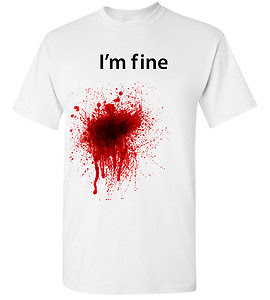 So, last Monday I felt crummy.  Not a specific, put-your-finger-on-it set of symptoms like coughing up a lung or vomiting; just...unwell. Yucky enough that I stayed home...Tuesday it evolved into a generalized abdominal ache. By Tuesday night, the ache had become actual pain and had moved to the right lower quadrant, or "iliac fossa" (when doctors wish to sound doctor-y).  I asked Anne, my housemate and another med student, to do an abdomen exam on me. Sure enough, I had pain over McBurney' point and Rovsing's sign, which are signs of acute appendicitis.  However, I did not have a fever and was not chucking my cookies, so I decided to try an ibuprofen (which fixes almost everything, right?) and go to bed. No sleeping ensued.  By 3 am the pain had gotten bigger in the dark and I was trying to pick the most opportune time to present to ED ("not during heart attack prime time: 5-7 am; not during handover: 8am....um, I guess I should go now") So I decided to wake up Rob to take me to hospital. I must say he was a gorgeous man and got up to ferry me to the Prince Charles Emergency.  I was seen within 10 minutes of talking to the triage nurse.  Clinically, it was appendicitis, but I wasn't running a fever and did not have an elevated white blood cell count, which are also suggestive features (see the MANTRELS Scoring system).  They did an ultrasound to rule out any gyne problems and look at the offending appendix, which indeed appeared angry and inflammed.  Then I was seen by a surgeon and admitted to the ward by 8 am.  I was fortunate enough to have friends doing their rotations at Charlie's, and Kelsey and Emily came to visit and have a bit of fun as they prepped me for surgery at 4 pm.  By this time I was on morphine for pain and could play along:

When I arrived at operating theater, I was greeted by more familiar faces. The anesthetics team I had learned under only a few months before was putting me under. They promised they'd take good care of me, and I could believe them, because I had watched them at work.  I woke up after surgery feeling less pain and horrible-ness than before.  The nurses were beyond wonderful. One of my roommates had animated conversations in her sleep, so I got up and wandered the ward four times the first night, since the earlier you get moving post surgery, the better you tend to recover.  The next morning the surgeon did his ward rounds and explained that we were fortunate, as the appendix was inflamed and indeed needed removal; however it was neither perforated nor gangrenous, which would have necessitated extra days in hospital and more extensive surgical work during the procedure. I spent the rest of the day in hospital getting IV antibiotics, and was discharged by that evening.
From ED presentation to admission to surgery to discharge was only 44 hours!
Friday at home was a slow day, but I no longer needed any pain medication by the afternoon, and even managed to make Rob supper by the time he came home from work. I am amazed at how soon I am feeling well.  Once again, Prince Charles Hospital staff has reason to  be proud.  And by way of post script: Cephalexin tastes and smells terrible, and permeates your breath. But it still beats sepsis.
I guess this is all part of studying medicine immersively? 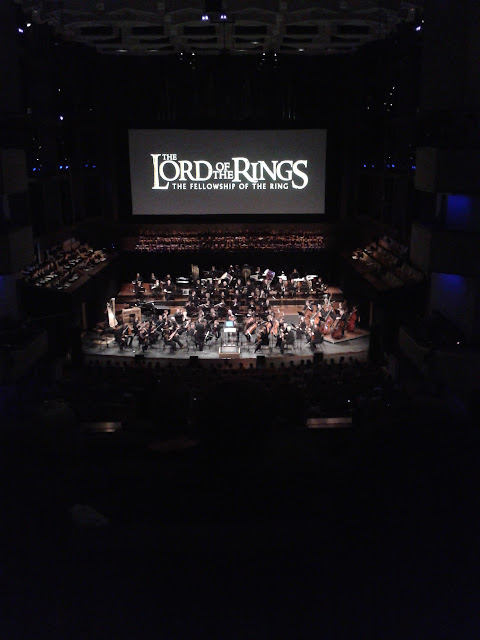 The Saturday (3 days post op!)  following, Rob and I attended the Queensland Symphony Orchestra presentation of Lord of the Rings. It was a neat way to experience the movie, as it was played on the screen with subtitles. The orchestra and choir with soloists played the entire Howard Shore score for "Fellowship of the Ring".  It was a brilliant performance!

Posted by Barb at 21:43 No comments: Links to this post