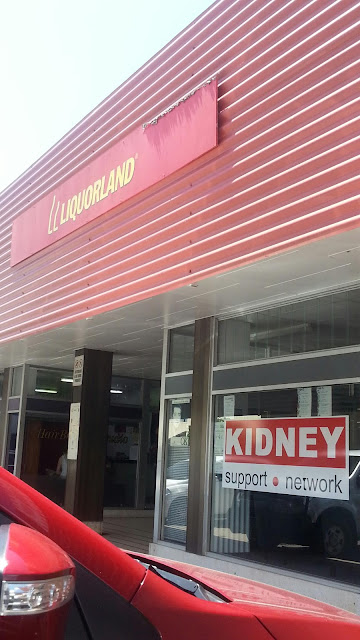 Posted by Barb at 20:18 No comments: Links to this post

I've now been at my new job for 5 weeks now.  It has been slow getting my stuff for work.  The laptop and phone took 4 weeks.  Now this week I've got tools and a smartphone that is actually capable of receiving work e-mails.  It is a great bunch of people to work with, but it has been a bit frustrating how disorganized it can be some times.
Today I did an install in Sarina and then started refurbishing a used copier.

(For those who want to know, my work phone is a HTC Desire S)
Posted by Unknown at 22:27 No comments: Links to this post

Now that I can afford to NOT study every night, I have revived a hobby that I haven't been able to play with in almost a decade.  In 2002 we bought a Family Tree Maker program to organize some of the family photos and stories that I had gathered from my Grandmothers Harms and Klassen. It was very interesting to follow some of the trails and stories. The biggest problem was that finding the records to prove the facts meant you had to physically be at the archive or church or wherever the record was held.  And you had to pay someone to pick it out for you and pay to copy it. Fastforward a decade. Now records have been digitized and put online. They have been gathered in places like Ancestry.com, rootsweb.com, etc. Now the biggest challenge is that some of the records I need are in German or Dutch, of which I speak neither.  A good number have been translated, but definitely not all.  Another challenge is that the Russian Mennonites did not see the need to keep fastidious records of births, marriages and deaths. My final difficulty is the name sharing that went on. Sons were named after fathers, and if a son died, the next boy born would have the same name.  And there might have been 5 Peter Harms living in the same area at one time, 2 of them married to a Helena- which one did the record actually belong to?
So I've been unnravelling stories and hunting long gone ancestors through history. It's given me quite a chase! My Great-great grandfather on my mother's paternal side participated in the 1893 Oklahoma Land Race (first of 3). I have a digital copy of his land grant. How cool is that!

My paternal 12th great Grandfather Jacob Hoeppner met with Catherine the Great of Russia and was accompanied her entourage to see the land newly acquired through war with the Turks- he and his partner scouted out the area that would become the Chortitza settlement in what is now Ukraine. 228 families then followed him from Prussia to Russia to settle.  My Maternal Great-great grandfather was murdered in his chair by Makhnov's anarchists during the Russian Revolution. I have found the Passenger lists of the ships that brought them to North America, read the love letters between my great grandparents when they were separated at Southampton, England waiting for passage.  So many stories. So much hardship and adventure. So far stretching back to the late 1400's, or around the time of Martin Luther and his 95 theses.

Rob has also used the program to trace his lineage- records in the UK tend to have more continuity- and has managed to push back to the 960's. He's distantly related to the old Scottish kings, as well as Vikings and as you can expect, a lot of common folk!

So, what keeps me up late at night now is not kidney pathology, or cardiac arrhythmia studying. It's chasing ghosts, sharing stories.

Posted by Barb at 17:17 No comments: Links to this post