We are now DINKS.

DINKS as in double income no kids.  For the first time in about 9 years, Barb and I both got paid from full-timer permanent employment.  It is very nice to have money in the bank again.

The week before last I started at job as a service technician at Think Office Technology.

They had just recently bought the local Canon dealer as well so there is a bit of chaos as everything is smushed together.  So far the people seem pretty good and I have been enjoying working again.  As part of the chaos I've been switched around company vehicles.  In the last 8 days I've had three different cars.

It will be interesting to see what I actually end up with.  I have spend most of the last week and a half going out on calls with some of the guys, helping with installs and tiding up the shop.  Monday & Tuesday they want me in the shop answering phones etc.  At least it hasn't been monotonous  :-).
Posted by Unknown at 18:58 No comments: Links to this post

Today was a good day to go to the library.  I learned that melanin ( the pigment your skin cells make to protect you from UV radiation) is a semiconductor,  being both a hydrogen ion and electron donator. And read an archeology magazine on the work done to find the real remains of Ned Kelly, complete with mitochondrial DNA comparison. His body has now been given back to his nearest relatives for burial. You can read about my obsession with Ned Kelly here.Took out a book on the Mummy Congress in Peru.
Outside the downtown branch is a "guerrilla artwork" made by rogue knitters. I think I will really like living in Mackay! 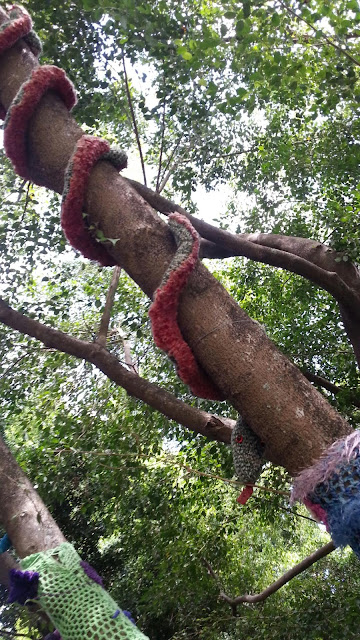 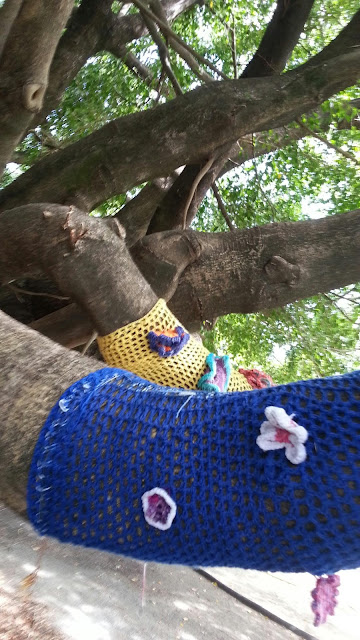 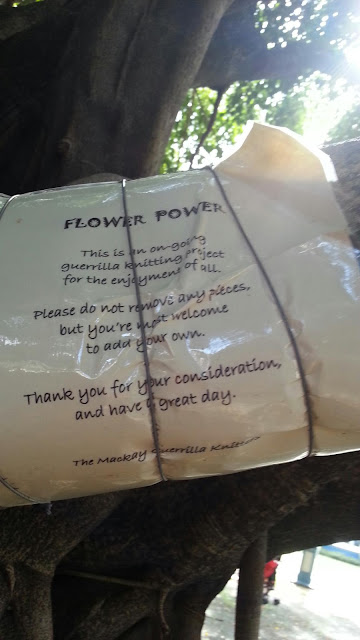 Posted by Barb at 17:36 No comments: Links to this post

I am now the proud owner of a Littmann Cardiology III stethoscope.  It feels like a big deal, as this is  considered THE brand to have. I've done my years of med school with a cheap but serviceable model I bought for work at the breast diagnostic centre in Edmonton.  It has put in 15 years of service,  and then  "went walkabout" my first week on the ward. So I took this as an opportunity to upgrade. I will also be chaining it to my neck. JK, but I did pay the $5 to engrave it with my name. I love the steampunk copper colour!

And it's called the "Lucky Country" 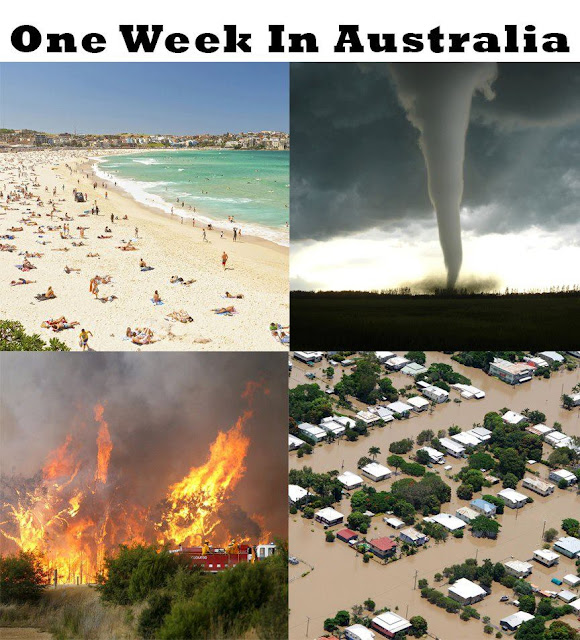 Once again, Australia is terrifying at times.
Cyclone Oswald was downgraded to a tropical storm as it hit the coast of QLD. However, the rain and destruction and flooding it brought caost the city of Bundaberg $2.5 million in damage alone. Brisbane had large chunks of the city without electricity for over 24 hrs, and Telstra lost both its main and back up fibre optic cables. That meant no cell coverage, no ATMs, and no '000' (the Australian equivalent of '911'.   It sure made a mess. NSW and TAS have been on fire for most of January.
Red Cross is accepting donations for those who have lost homes.

Posted by Barb at 19:41 No comments: Links to this post