Today I had the chance to hit Jack's Drive In at Spruce Grove and have an ice cream. Oh, the memories! And the good ice cream! My family moved to Spruce Grove when I was 4 years old. Jack's had already been there and was known for it's fantastic ice cream, burgers, fried perogies (this is Ukrainian settled country) and now deep fried pickles?!??
Jack's was always a spot we'd always hit in summer months, walking, on bikes, in the car, or even running (our last day of gym class for my jr high days, we ran to Jack's from Woodhaven for ice cream, then ran back.)
Today I found out that they have now celebrated 50 years in the same place. Neat stuff, and uncommon these days. There was still a line up at the counter for ice cream- it's still going strong!

Posted by Barb at 15:39 No comments: Links to this post

Proving Canadian grocery shopping can be as amusing as Australian 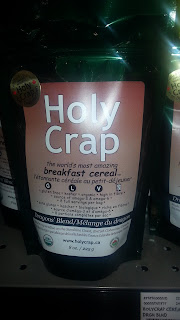 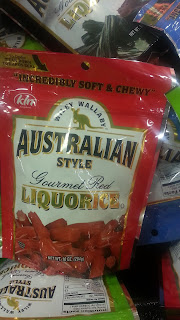 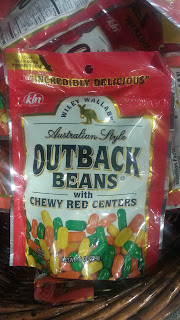 Posted by Barb at 15:22 No comments: Links to this post

(Barb had previously posted this blog, but I accidentally deleted it. Here it is back again.  See backups are useful. -  Rob)

I had time to read a book...for FUN! Let me tell you about it!

I was captured by a snippet of a book (curse you, Amazon!)  and had to order it (via UK Book Depository, cuz they're cheaper). I have been reading "Emperor of All Maladies: A biography of Cancer" by Siddhartha Mukherjee.  It traces from the first record of cancer, in medical writings of Ancient Egypt. The entry describes a breast cancer, and it is short. For treatment it reads: "there is none". Crude surgery, prayers and poultices are attempted with dismal success for centuries afterwards.
Fast forward to the 20th century. Enter pioneers such as Halsted, the surgeon who invented the radical mastectomy, later Farber, Frei and Freilich who were the first to attempt using systemic chemotherapy. The began with leukemia, since there was no possible surgical approach possible to a cancer of the blood. The book traces through the 1950's and 60's, when the optimism of technological feats such as the Manhattan Project and moon landing made scientists and later the public dream of a Cure for cancer. And the distressing discoveries that cancer is not one enemy, but millions of types, grades and behaviours.  Then the innovations that allow us to tackle specific cancers as we do today, with molecular targets based on the exact cancer, where possible.
What blows me away repeatedly as I read this book is how very ridiculously young the medicine I am practicing is. Informed consent first entered medical vocabulary in the 1980's. The very concept that we can target one type of living thing and leave its host untouched was only dreamed up on a train one night in the 1880's. The practical consequence, antibiotics, only appeared in use in the 1930's. That's right, I have living grandparents who were born in a pre-antibiotic era. Think about that. Almost every one of us alive today has had a course of them to stave off some bug or another. in 1910, you had to wait and see if it would go away without killing you or leaving you with permanent disability. The first trial of cytotoxic chemotherapy was attempted in the 1940's. The participants had nothing left to lose, and unfortunately, all had died of relapse within the first year of remission. But there HAD been a remission- a slight waver in the natural trajectory of the monster.  Radiation therapy was born in the 1960's. Today, some cancers have a 95% cure rate. Not remission- CURE. That's incredible advancement in 50 years.
What does this tell me?
1. What's the best treatment today may not be next week. 60 years ago the best chance for breast cancer was removal of the breast, pectoral muscle, lymphnodes, and sometimes even the underlying ribs. It took years to find enough brave surgeons to attempt lumpectomies with radiotherapy to prove that the less involved surgery was not inferior. (That trial was finalized in the late 1980's). This reminds me to pay attention to my CMJ, MJA, Lancet and NEJM. It shows me the possibilities of what I may be telling my patients in the coming years. And even though I loathed Evidence Based Medicine lectures during med school, EBM should be the bottom line for current practice.

2. There is still a lot of hope. There are cancers such as melanoma, pancreatic and renal cell carcinomas that still have dismal prognoses if they cannot be resected entirely at an early stage. We have managed to find out an insane amount about previously untreatable entities in a matter of decades. Who knows what might break through next?

3. Clinical trials may or may not actually benefit the patient being treated, but the ones that follow him or her on the same dark path. That must give us pause to consider the ethics of the situation.

4. In the medical merry-go-round of tests, treatments and technology, never forget to care about the PERSON in front of you. If you care for someone long enough, there will be a point at which the tide can no longer be turned, and the goals of treatment need to be undressed to bare dignity and comfort. Never forget those goals should always be there.

Posted by Unknown at 00:32 No comments: Links to this post

Tomorrow we leave the Australian winter for the Canadian summer.  Mackay is forecast to be 19°/9°C while Spruce Grove is supposed to be 22°/10° when we arrive on Saturday.  This is the point in the year that Edmonton and Mackay are the pretty much the same temperature.  Mackay will cool down a bit in July and August, while the Canadian summer moves in to full swing.  The temperatures meet up again in September.
These toques and other winter apparel were at our local servo (service station) about 2 metres from a similar rack with thongs (flip flops).  Ah, Australia. 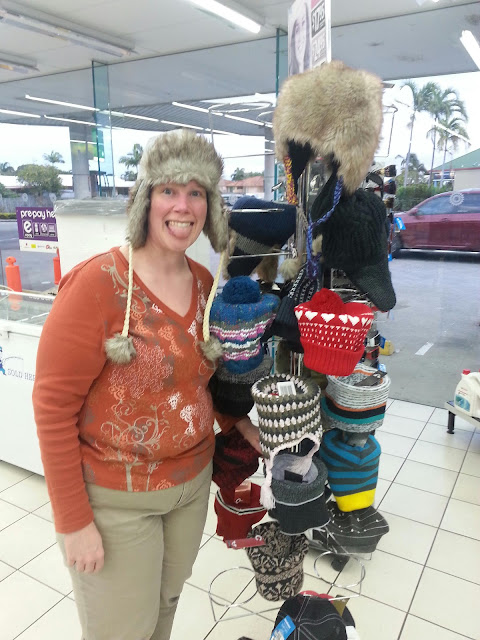 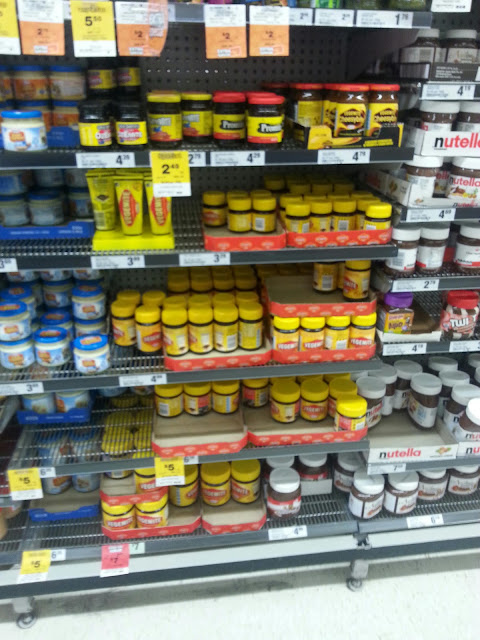 Posted by Unknown at 19:41 No comments: Links to this post

Wednesday & Thursday I was out west again.   This time was Moranbah & Clermont.  Since I wasn't going to make it back to Mackay until after 5pm, I decided to take my time coming back and shot some video and photographs.   Here is the video and I'll upload some photos later.
Posted by Unknown at 10:40 No comments: Links to this post